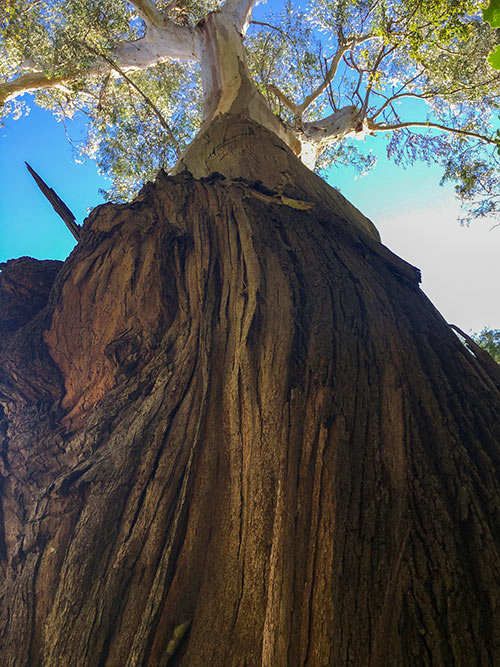 A Short History of Coal

This is a very short and grotesquely simplified account of an unbelievable fluke that happened some 400 million years ago.

When the Big Bang happened at the beginning of things, Mars and Venus and Earth were all spewed out of the same basic mix. At the start they all had very similar atmospheres – a lot of methane and ammonia.

Chemical reactions turned a lot of those early gases into nitrogen and carbon dioxide. As the name suggests, this is an atom of carbon joined to two atoms of oxygen. There was water vapour too, and later there were oceans.

But, for reasons that scientists debate, on Earth something remarkable happened:  tiny flickers of life started, life that could live on a diet of carbon dioxide and sunlight. These flickers were one-celled things like today’s algae – Beethoven and Rembrandt were still a few years off. These algae-things sucked in carbon dioxide, and broke it up into its separate parts: carbon and oxygen. They used the carbon to build cells. They had no use for the oxygen so they squirted it out.

Then, as now, this oxygen–carbon thing was in equilibrium. While plants grow, they lock up carbon and squirt out oxygen. When they decay or burn, they reverse the process. Decay or burning makes the carbon in their cells re-combine with oxygen in the air to make carbon dioxide again. (This is why a fire needs plenty of air and why compost heaps need turning, to let the air in.) Over the life cycle of a plant, from seed to tree to humus, it’s a zero-sum game.

From being flickers of life the size of an angel dancing on the head of pin, the carbon dioxide-using things got big. They evolved into massive trees, thriving on all that carbon dioxide. They grew in the swamps in which early Earth abounded. Generation after generation of giant trees grew and died.

This is where the incredible, once-in-an-eternity fluke comes in. The trees grew and died, but when they fell over into the swamps they just stayed there.  They didn’t decay, because the swampy water didn’t contain enough oxygen for decay to happen (the bacteria that cause decay need oxygen). And obviously they didn’t burn. To add to the impossibility of decay, sand and mud from eroded rocks flowed down and covered the dead trees, making an airtight layer like the concrete dome over Chernobyl.

Scientists understandably like to try to infuse a bit of drama into the slow story of life. They call this the Great Oxygenation Event.

The sand and mud and dead trees were squeezed and heated by various geological upheavals over aeons. Eventually they all turned into different kinds of rock.  Sand turned into sandstone, mud turned into shale and those squillions of dead trees turned into the hard shiny black rock called coal.

The Great Oxygenation Event made Earth a lot cooler. Carbon dioxide, as we’ve all heard a million times, is a “greenhouse gas”. For reasons that are completely understood and uncontroversial, carbon dioxide (and some other gases) lets the heat of the sun in to the Earth, but doesn’t let it out again – just the way a pane of glass does. The more carbon dioxide you have, the more heat it traps.

(Calling this the “greenhouse effect” made sense when a lot of people had greenhouses. Calling it the “car-in-the-sun-with-the-windows-rolled-up effect” makes more sense to people like me who have never been inside a greenhouse, though it lacks the snappy phrasing.)

So after all those trees had locked so much carbon up in their swamp-buried trunks, there was much less carbon dioxide. Carbon dioxide has a heating effect on the earth because of the c-i-t-s-w-t-w-r-u effect, so when there was less carbon dioxide, the world was cooler. It also had a lot more oxygen floating around. There was still plenty of carbon dioxide for plants to grow, just not to the gigantic sizes that they’d got to earlier.

Enter life as we know it: life that needs a temperature that isn’t too hot, plus plenty of oxygen: life that does breathing rather than photosynthesis. First there were a whole lot of experimental little amoeba-type things, but pretty soon, geologically speaking, there were humans.

We humans have evolved to do best in the kind of circumstances we now have: a Goldilocks world that’s not too hot, not too cold, has a bit of carbon dioxide (to keep us warm) but not too much ( so we don’t get TOO warm). Plenty of oxygen for us to breathe, and a layer of ozone (another kind of oxygen) to keep out the ultra-violet rays that would otherwise kill us.

It’s all thanks to the carbon locked up and buried in rock all over the world. Fossil trees: the ultimate carbon capture and storage system.

Think for a minute about what would happen if, by some unlucky freak, all that carbon locked in the rocks got out?

The thing that didn’t happen way back when the trees fell over into the swamps would belatedly happen. If all those fossil trees were – just to imagine wildly for a moment – dug up and burned, every atom of carbon locked up in them would grab onto two atoms of oxygen from the air. The result would be carbon dioxide. The more of the fossilised carbon was burned, the more carbon dioxide there’d be, and the less oxygen.

It would be the exact reverse of the Great Oxygenation Event. Eventually, if all the fossilised wood was burned, the atmosphere would return to the state it was 400 million years ago. A huge amount of carbon dioxide, hardly any oxygen, and as hot as a car in the sun with all the windows up. Those giant plants would love it.

Bad luck for us, though. Those last few humans might wish their great-grandparents had worked out a way to leave that shiny black rock in the ground.