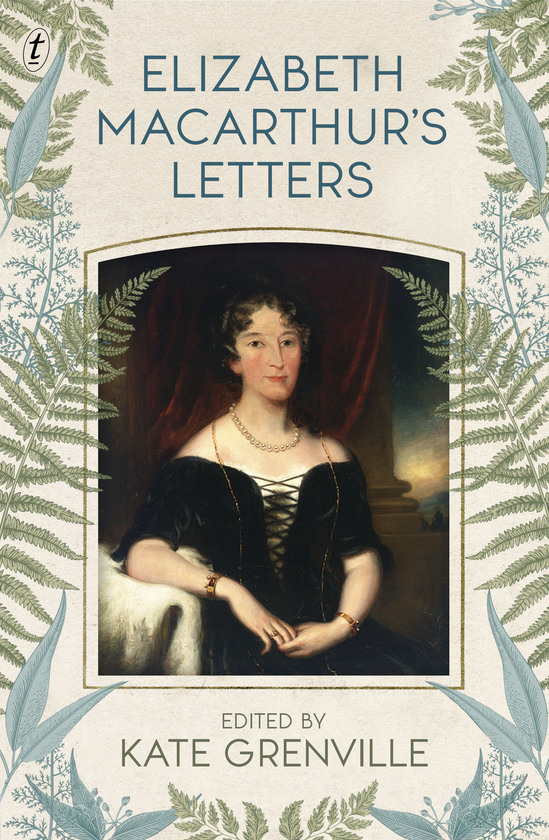 Twenty years ago, doing background research into early Sydney for a project that became The Secret River, I came across an extract from the letters of Elizabeth Macarthur. She wasn’t of direct relevance to my project, and what I’d learned about the Macarthurs at school hadn’t interested me much. John Macarthur was “the father of the wool industry” and Elizabeth was his devoted wife. Hardly stuff to set the pulse racing. It was only because of its reference to Lieutenant William Dawes (about whom I was planning to write), that I even read this letter.

But as I did, I felt that flash of excitement – ah, a story! – that every writer waits for.

“Mr Dawes we do not see so frequently. He is so much engaged with the stars that to mortal eyes he is not always visible. I had the presumption to become his pupil and meant to learn a little of astronomy. It is true I have had many pleasant walks to his house (something less than half a mile from Sydney), having given him much trouble in making orreries, and explaining to me the general principles of the heavenly bodies, but I soon found I had mistaken my abilities and blush at my error.”

Those five words: “I blush at my error” seemed to blaze off the page. I’d read enough late eighteenth-century letters by women to know how startling it was for a woman to express – especially in relation to a man not her husband – such a physical, hot-blooded moment. After all, why do we blush? When we’re in the grip of some strong emotion – shame or embarrassment… or desire.

It took twenty years (and five intervening books) for me to get to that story. To start, I read more of Elizabeth’s letters, and at first I was disappointed. There were times when you got a vivid sense of a living person. But in others, you’d think Elizabeth Macarthur was leading the wishy-washy genteel life of the conventional eighteenth-century lady.

Yet Elizabeth Macarthur’s whole adult life was lived among the tumult, brutality, and nasty scheming of a new penal colony at the extreme end of the world. Her husband was a man who comes across, in the record he left, as arrogant and ruthless, a man who boasted of destroying anyone who dared to stand between him and his ambition.

Reading on, wondering at the disconnect between the letters and the life, I started to think that Elizabeth’s letters might be a wonderful piece of fiction, sustained over sixty years. The fiction depicted a devoted, devout, obedient wife, married to a man who was loving, admirable, and mystifyingly disliked by almost everyone he came in contact with. I pictured Elizabeth smiling to herself as she wrote sentence after sentence of this fiction, relishing the delicious ironies of saying exactly the opposite of what she really thought.

I began to glimpse a novel about doubleness, about false stories obscuring true ones, of layers of concealment peeling back one after the other. Behind all my imaginings, though, was always the voice of the real woman, speaking to me from the letters.

My relationship with Elizabeth Macarthur has gone on developing and changing over time, as any relationship does. Now, having immersed myself in the letters again, I can see even more complexities in her character. The novel has its own life, and its own message for our times, but the letters have a different life, and perhaps tell a different truth.
Elizabeth Macarthur spent her life in the shadow of her famous (or infamous) husband. Whoever she really was, she was surely one of our most powerful foremothers. She should be honoured by being allowed to emerge from behind her husband – in her own voice, in her own words – as the complex, canny and passionate woman her letters show her to be.

Some of Elizabeth Macarthur’s earliest letters were edited and published in 1984 by Joy Hughes, and others can be found in Some Early Records of the Macarthurs of Camden, published in 1914. But, surprisingly, this is the first time Elizabeth’s letters – over the full span of her life – have been published for a general readership. (The originals are in the Mitchell Library, Sydney, and are used in this collection with the Library’s kind permission.) I’ve edited the letters to make them as accessible as possible, leaving out some of the passages that would need a lot of background explanation for a modern reader. My aim was to let readers get a sense of who Elizabeth Macarthur was, through a straightforward and frictionless reading experience.

For anyone who’s read the novel A Room Made of Leaves, this collection reveals the real person behind the fictional one. The brief introductions I’ve written to each letter show how I used the source material – listening for the voice between the lines – in imagining my way into the fictional Elizabeth’s thoughts and feelings.
But this collection also stands independently of the novel. It puts the real Elizabeth Macarthur front and centre. There are too few women in our histories. Collections like this one are a way of filling in some of the blanks, and enriching our sense of who those women of the past were.
I hope this book will give you the chance to hear a remarkable woman speak for herself, and to forge your own relationship with her.