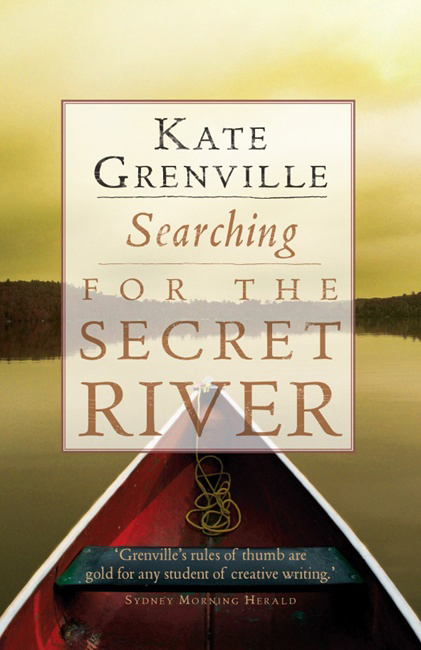 Searching for the Secret River

It shows the research behind the novel, from the transcript of my convict ancestor’s trial at the Old Bailey in 1805, to the facts that contemporary historians are uncovering about violence on the Australian frontier, and reveals the long process of using that research as the basis for a novel.  It’s all there –  the false starts, the dead ends, the failures and the wanting-to-give-up, as well as the strokes of luck and unexpected gifts from the past.

It also tells the story of my often-confronting journey into the past – both of my family and my country.  That journey has given me a very different view of the Australian history I was taught at school and a different perspective on current dilemmas.

For anyone interested in the writing process, especially for historical fiction, Searching for The Secret River gives a unique behind-the-scenes look at a process that only looks simple once it’s finished.

The Problem with Historical Fiction

The Secret River has proved to be controversial among some readers.  They feel that fiction is an untrustworthy way to tell stories about the past.  A novelist might distort the facts in ways a reader mightn’t be aware of.

I’ve always had the same reservations about historical fiction.  The subject matter of The Secret River is so important, and so emotionally and politically charged, that I was uncomfortable turning it into fictioin.  Originally I planned to write a non-fiction book, but I came to see that fiction was the only way I could tell the story.

That’s why I wrote Searching for The Secret River.  I wanted to make the writing process transparent, so readers would know where I’d kept to the historical record and where I’d extrapolated from it – what should be taken as literal truth, and what should be accepted as fiction informed by the facts.

The Secret River started as a search into some family history. My mother had told me stories about the first of our family to come to Australia – my great-great-great grandfather, Solomon Wiseman, was a lighterman on the Thames, stole a load of timber and was transported for the term of his natural life. Within a few years of arriving here, he’d become a free man and “taken up land”, as the euphemism goes,  on the Hawkesbury River near Sydney. He went on to make a lot of money and died a wealthy man.

I wanted to find out more about him because – like many Austrralians whose forebears were early settlers – I knew that my present life was built on the back of some dark history. I needed to find out just how Wiseman had “taken up” that land.

Once I started looking, it was surprisingly easy to find out quite a bit about his early life in London and his crime. Old Bailey trials were taken down in shorthand, and transcripts are online now. It was an astonishing feeling to hear my ancestor’s actual words as he tried to defend himself at his trial. From apprenticeship, baptismal and other records, I was able to reconstruct his London life and when I visited the UK I could walk the very streets and wharves where he’d been.

The picture of his life in Australia was much sketchier. I could find plenty of  information about his business wheelings and dealings, but not much else.  The most complete silence in the record was the very thing I most wanted to know about – how Wiseman had dealt with the indigenous people he displaced.  In all the hundreds of documents about Wiseman, there was not a single mention of any of that.

That silence could mean that nothing happened. Perhaps the original people were gone from that part of the river by the time he “took up” land there.  Or perhaps he’d found a way to co-exist peacefully with them.

But it could also mean that things had happened that no one wanted to write down.  The more I read in the work of historians, and learned the confronting truth about our nation’s past, the more I realised that the silence was likely to be a screen that hid ugly things.

Solomon Wiseman emerged from the documents as a vivid, strongly-present individual man, but he was also a representative of his class, time and place.  I realised that I could use what I knew of his life, but turn his story into fiction so that I could tell the silent part of his story as well.  The story of one man could stand for a much bigger story, about the often-violent reality of white settlement in Australia.

The only problem was my dislike of historical fiction.  This subject was too important. I didn’t want readers to be able to say, “Oh, she’s just making it up, none of that really happened.”

The way I made peace with myself was to write another book to stand beside the novel – an account of what I’d done to the history as I turned it into fiction.  Instead of hiding behind the sleight-of-hand of the novelist, I’d come clean about the whole process.

As I wrote the novel I took notes about what I was doing – what I was finding out, where I was coming to a dead end, where I changed direction.  I took notes about the “experiential” research I did – making a “slush lamp”, going on a small boat up the Hawkesbury in a storm, spending nights alone in the bush near where Wiseman had lived. I agonised about how to write it – should it be first person or third person? How was I going to fake eighteenth-century dialogue convincingly?

It was a little scary to be so frank, but liberating.

I’d imagined the book to be a simple record of the writing process, but as I assembled all these notes it became something else as well: the memoir of my difficult internal journey into the past of my own family, and my own chilhood growing up in “white Australia” where Aboriginal people were mostly invisible and the history I was taught at school left out all the shadows.

Searching for The Secret River is an unusual hybrid of a book. Booksellers don’t know whether to shelve it as memoir, or history, or a how-to-write book.  Well, it’s a bit of all of those.  Whatever it is, it’s the ying to the novel’s yang.  Together they add up to a truth that neither can reach on its own.