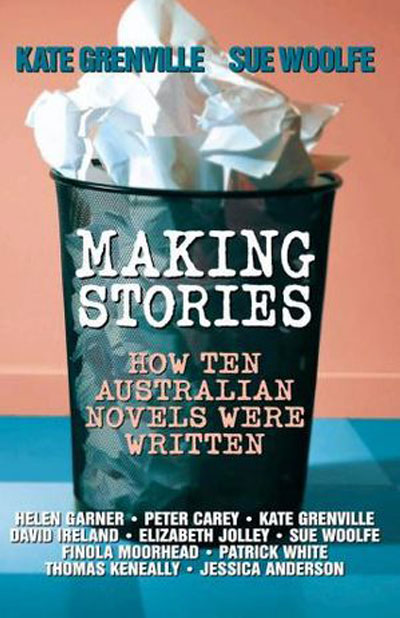 How do novels get written? Where do writers get their initial ideas? Are novels the result of inspiration or sheer hard work? Do writers plan their books, or are they “taken over” by them? Are they sustained by faith in themselves or undermined by doubts?

Once a book is finished, it’s hard to imagine it could ever have been any other way, but many books go through radical changes. Making Stories traces the development of ten novels, comparing early drafts with the finished version, and the writers are interviewed about the process. They speak frankly about the sometimes long, difficult and surprising journeys they took in the writing.

Each chapter looks at the work of one writer and has three parts: an extract from early drafts of a novel, an extract from the published version of the same novel, showing what changes were made, and an interview with the writer in which they talk about the journey from first ideas to published novel.

It’s a reassuring book: every one of these writers admits to their difficulties and doubts. For someone beginning to write, it’s encouraging to know that false starts, uncertainty, and discouragement are all a normal part of the creative process, and to read about the ways these writers have learned to manage them.

Making Stories is published in Australia by Allen & Unwin.